The still soft voice within

Do you ever connect with your still small voice within? It can be really easy to ignore, especially in our noisy distracted world.

I’ve found that when I listen to my inner voice, (or my intuition), things tend to run smoothly. They flow. Synchronicities happen. I feel aligned to my Higher Self.

However if I ignore my inner voice, I usually regret it because things become chaotic and hard to cope with. 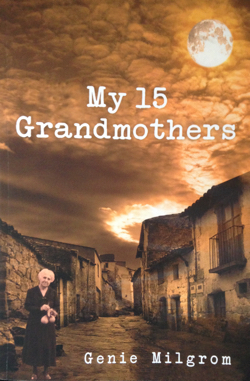 I recently read a heart warming book about being true to one’s self. ‘My 15 Grandmothers’ is a true story about the author, Genie Milgrom, who had the courage to listen to her inner voice, even when everyone in her family were telling her she was wasting her time.

Genie was born into a Catholic family in Cuba in the nineteen fifties. When she was a young girl, her family migrated to Miami, Florida. She never felt as though she fitted into the highly regarded Roman Catholic school her parents chose to send her to.

Genie became firm friends with Rachel, a Jewish girl, whilst attending summer day camp at the age of eight. From that time onwards, Genie developed an unquenchable thirst for Judaism. She also felt an inexplicable connection to any Jewish people she met.

At the age of seventeen she did what was expected of her, and married a Catholic man. However, her inner voice kept drawing her to Judaism.

Genie had two children, and remained married until she could bear it no longer. ‘My soul was no longer in sync with my body’. She eventually divorced her husband and converted to Judaism. She faced many challenges along the way, but persevered with incredible tenacity. 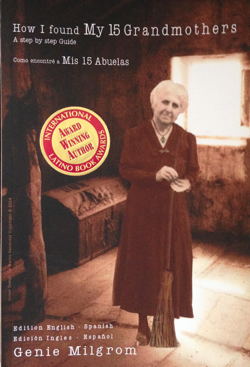 This book explains the process Genie underwent to research her family.

It wasn’t until much later in her journey that Genie discovered a web of secrets about her identity.  As a result of meticulous genealogical research and DNA testing, she was able to trace an unbroken maternal line back to the 1400s.

Genie’s findings indicated her descendants were Jews who lived in a small Spanish village in the 1400s. They were forced to convert from Judaism to Catholicism during the Spanish Inquisition, but lived as Crypto-Jews (Jews who professed to be of another faith in public, but who practiced Judaism in secret) along the Spanish-Portuguese border in the late sixteenth and early seventh centuries.

Genie’s experience resonates with me because of some parallels with my own spiritual journey.  But her story has an even broader message. It’s about the importance of taking the time to listen to one’s inner voice. To trust its wisdom and to allow it to guide you, even when others don’t understand. It’s about being authentic and being true to your Higher Self.

May we all have the courage to listen to our inner wisdom and act on it for the greater good.

Of treasures and pets