Writing, beanies and another NT visit

I’ve been busy working on the second draft of a memoir about my spiritual journey. I’m trying to get as much done as I can before heading off on my monthly work visit to Alice Springs next week. Cutting out sections that took blood, sweat and tears to write can be excruciating, but it needs to be done. ‘Kill your darlings’, as the saying for authors goes. It also helps to have a mentor, as well as deadlines, self-imposed or otherwise.

For those of you who don’t know, I’ve been working as a Medical Educator training doctors to become General Practitioners for the Northern Territory’s General Practice Training Education (NTGPE) program since 2009.

I’ll be taking fifty beanies  with me this trip. They’ve been kindly donated by Knit One Give One (KOGO).  The beanies will be distributed to Indigenous people who live in remote communities by the NPY Women’s Council based in Alice Springs.

Some women from these remote communities are involved in making handmade objects such as baskets and toys from grass as a source of income.

If you enjoy knitting, consider doing some knitting for KOGO. It’s a very worthy cause.

I’m also looking forward to visiting Tennant Creek, known as Jurnkurrakurr by Indigenous Australians, for a couple of nights. Tennant Creek is about 1000 km south of Darwin, and a 70 minute flight north of Alice Springs.

It’s also the birth place of Lorna ‘Nanna Nungala’ Fejo, a Warumungu woman and Aboriginal Elder whom I’ve had the privilege to meet. She is a remarkably resilient woman in her eighties, who, despite having been stolen from her family as a young child, has achieved many significant things in her life. This includes raising seven of eleven surviving children, and developing the Strong women, Strong Babies and Strong Culture program for which she was awarded the Australian Achiever Award in 2000.

Mrs Fejo has also been visited by Australia’s former Prime Minister, Kevin Rudd. He listened to Mrs Fejo’s story and related some of it during the famous Apology Speech delivered to Australia’s Indigenous Peoples by the Australian House of Representatives in 2008.

My next couple of blogs are likely to just contain photos of my time away.

Here’s my book of the week: Hope Farm by Peggy Frew. 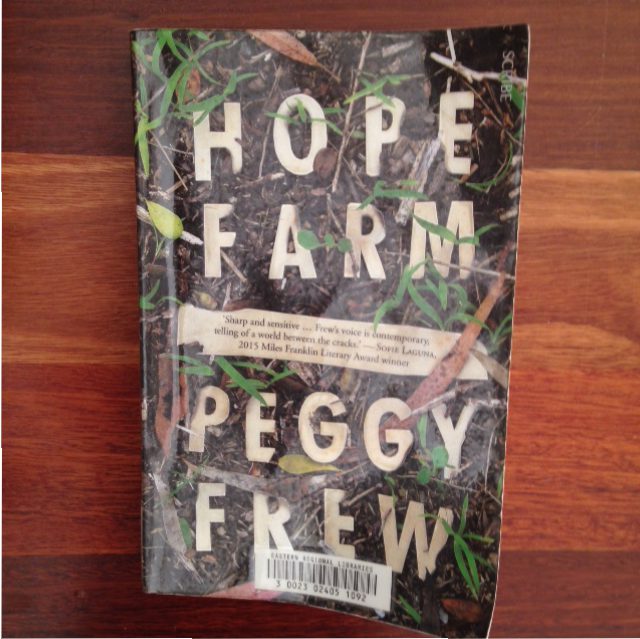 It was in this year’s Stella Prize short list.

I’m reading it at the moment and highly recommend it.

Here’s an interview about the Stella Prize which includes author Peggy Frew.

The Value of Persistence